1. What year was Spanish Confederation of Associations of Tourist Guides established, and where is the headquarters?

Spanish Confederation of Associations of Tourist Guides was established in 1988, and our headquarters are in Madrid.

2. What is the primary mission/goal of Spanish Confederation of Associations of Tourist Guides?

Our fundamental goals are: 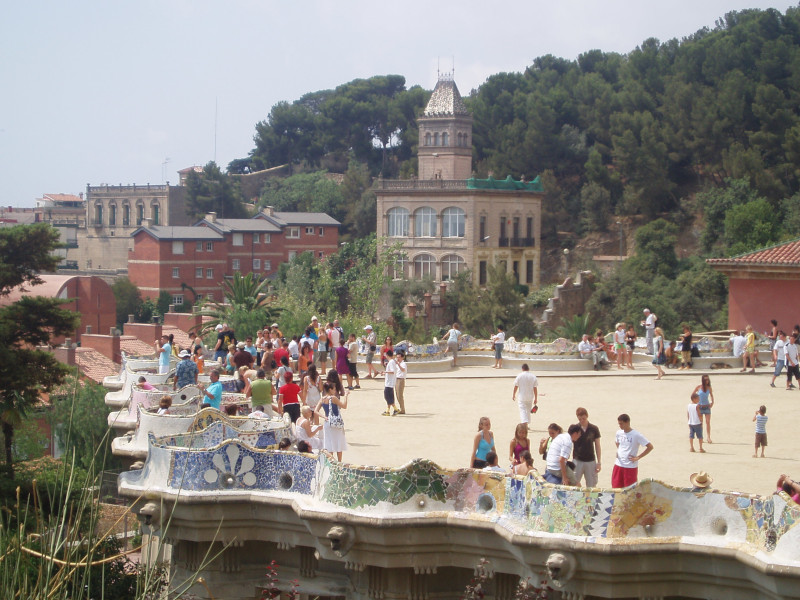 3. What is the process to become a qualified tourist guide in Spain?

Spain is a country with 17 regions and each region has its own regulations. Tourist Guide training varies according to the rules and regulations of each region.

In most regions, the tourist guide qualification is obtained after two years’ tourist guide training and examinations relevant to the region.

Some regions follow the two-year training but have no final examinations.

Finally, in three regions there is no regulation on training or examinations, as the profession is deregulated.

In most of the regions where the profession is regulated, the qualification must be renewed every five years. The renewal is a routine procedure no further exams are needed.

Each region has a different badge; there is no badge covering the whole of Spain.

You can see all the different badges at https://www.feg-touristguides.com/ids.php#18

5. How many qualified tourist guides are members of Spanish Confederation of Associations of Tourist Guides and tell us about their diverse backgrounds?

Spanish Confederation of Associations of Tourist Guides is an umbrella organisation representing regional tourist guide associations. Our members are regional or provincial associations of guides from most of the regions of Spain. It is difficult to have an exact number of guides, since the members of each association are changing. Spanish Confederation of Associations of Tourist Guides estimates that we represent about 15,000 guides in the whole of Spain. The majority of our members became guides after specific training and exams. So, for the most of them, guiding is their first and only profession.

The most of guides have university level education and some hold master’s degrees. Most of the guides speak at least two other languages in addition to Spanish. 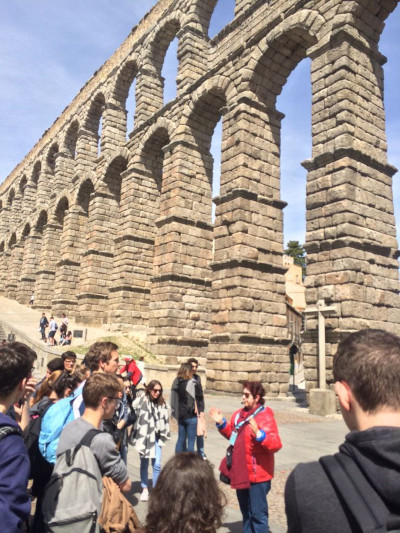 6. What are some of the professional development classes offered to members of Spanish Confederation of Associations of Tourist Guides?

Spanish Confederation of Associations of Tourist Guides is preparing classes based on the European Standard EN 15565 for tourist guide training and on courses organised by FEG.

Most of the regional or provincial associations prepare and deliver specialised seminars and courses for their members, based on the main touristic points of interest in their region. For some associations, the courses are on history and art. Others offer courses on natural history fauna, flora, geology. Technology seminars dealing with website design, social media presence for tourist guides, internet promotions, are also very popular. Speech therapy, disability training and first aid are popular continuing professional development courses (CPD).

7. What are some of the top reasons for using a qualified tourist guide in Spain?

The majority of country, with the exception of three regions, regulates tourist guiding as a profession. Tourist guides as professionals are protected by legislation. Hiring a non-qualified guide is against such legislation.

Qualified Tourist Guides have to train, and pass exams as required by law. The quality of the knowledge is tested and examined by the relevant authorities. Non-qualified guides cannot claim the same level of knowledge and training.

Qualified Tourist Guides are state-recognised professionals, working within legal requirements and taxed for their income. They contribute to local economies and promote their regions.

8. What are some of the popular places to visit in Spain?

The most popular places are historical cities such as:

Madrid where we recommend the old city centre, the quarter of the Austrias. The Royal Palace, the official residence of the Kings of Spain. The golden triangle of art: Prado, the national art museum, the Reina Sofia museum of 20th C art and the Thyssen Bornemisza museum, a mix of classical and contemporary art. 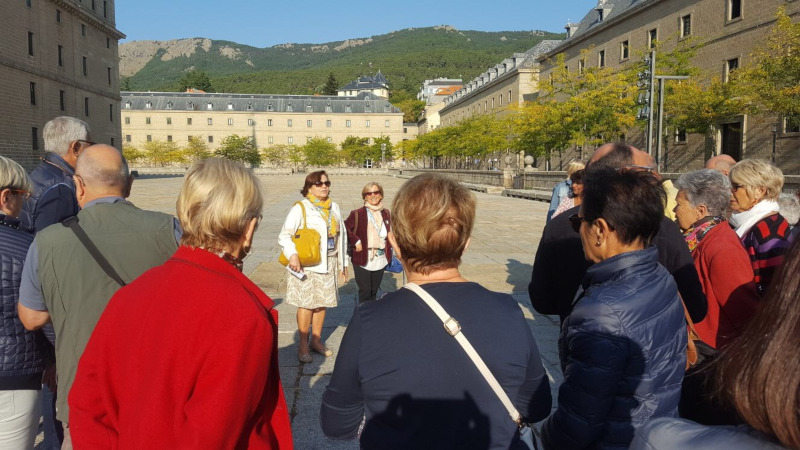 The Escorial, Madrid © Spanish Confederation of Associations of Tourist Guides

Barcelona the city of Gaudi, the modernist architect. The Cathedral of la Sagrada Familia, the Park Guël, Casa Milà and Casa Batlló are Gaudi’s best-known creations and UNESCO World Heritage Sites. Climb the Montjuïc hill, with its excellent views over the city and visit Barcelona’s Olympic and Sports Museum dedicated to the 1992 Olympic Games.

Toledo the so-called capital of three religions, where Jews, Muslims and Christians lived in harmony for centuries.

Seville with the largest gothic Cathedral in Christendom. The Moorish Alcazar. The oldest Royal Palace in Europe still in use and its lavish gardens. And don’t forget to visit the Medieval Santa Cruz neighbourhood once the Jewish district.

Córdoba with its impressive Mosque-Cathedral, dating back to the 8th C. Cordoba is steeped in history, starting with the Roman foundations of the city, its Jewish past, and the history of the Muslim period. 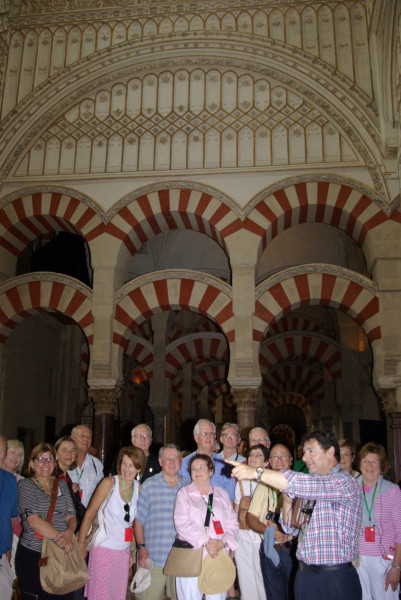 
Head to some of Spain’s regions such as:

In the western province of the Canary Islands you´ll have four different choices where to spend your holidays. Biggest island is Tenerife, that may offer you a big variety of landscapes, but most impressive and visited is Teide National Park, that is also World Heritage Site. In La Gomera, that also has its National Park (Garajonay) you can have a vision of a very ancient vegetation that remains there: the rainy forest or laurel forest. La Palma with the last aerial eruption of the whole archipelago, the volcanic landscapes combines with the huge vision of their dark sky. And El Hierro, the youngest one, where population have adapted the life through meadows, lava platforms and hills.

In Lanzarote there are some things you cannot miss: the National Park of Timanyafa, 50km2 fields of lava and volcanoes from the XVIIIth century and some of the artistic works by César Manrique, the universal artist from the island.

If you are looking to combine history and nature a visit to Galicia is a must. Here is the Santiago de Compostela’s pilgrims’ way, and the oldest working lighthouse in Europe in La Coruña. In Galicia, the whole city of Santiago de Compostela as well as several of the ancient pilgrims' routes that lead to its impressive romanesque Cathedral are listed by the UNESCO. There are spectacular coastal landscapes, sandy beaches and cliffs (like around Fisterra's lighthouse) and monumental vineyards (Ribeira Sacra).

In you can find the Altamira Caves with paintings dating to the Palaeolithic period, Santillana del Mar, considered one of the most beautiful towns in Spain, and the Picos de Europa National Park.

In the Asturias part of the Picos de Europa National Park is the Holy Shrine of Covadonga and Lakes and many old Asturian Pre-romanesque style churches.

In the Basque Country there are three very different cities among them. Bilbao is known worldwide for hosting an architectural landmark such as the Guggenheim Museum. San Sebastian is natural beauty and haute cuisine. Vitoria Green capital, the most unknown city in the Basque country is the gateway to a magical world of vineyards and wineries.

The centre of the country you can find:

Ávila surrounded by its old fortification wall where you can follow the “footprints of Santa Teresa de Ávila”, founder of the Carmelites. The “Footprints” is a pilgrimage route and in October every year a series of events celebrates the popular saint. 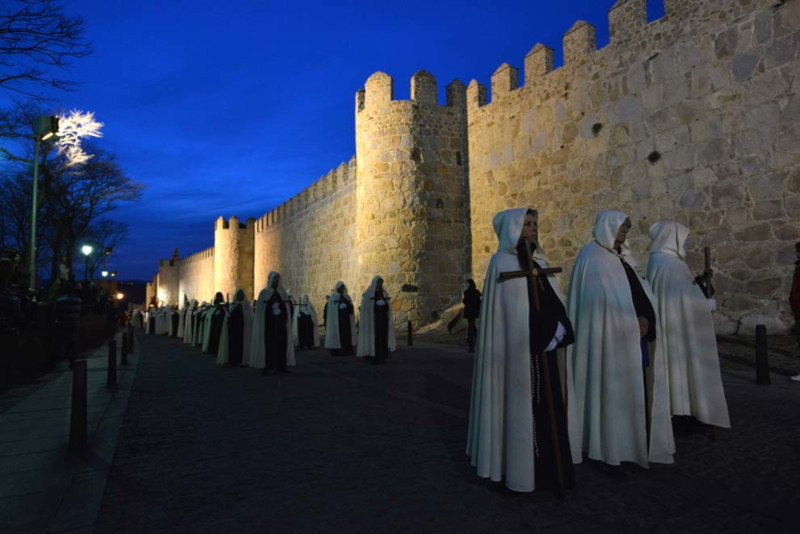 The city of León where you will visit the second most revered cathedral in Spain, with so many stained-glass windows that it is know as “The House of Light”.

Soria well-known for her nature like the Natural Park of the Black Lagoon as well as for her medieval art.

Zamora is a quiet city crossed by the Duero river, surrounded by medieval walls and with more Romanesque churches than any other city in Europe, for that reason it´is known as "the Romanesque City". In 2009 joined the Art Nouveau European Route thanks to its amazing eclectic, regionalist and Modernista architectural works.

9. What are some general tips you would give to potential visitors planning a vacation to Spain?

Come to Spain to experience food and weather!

Visiting the regions of northern Spain (Galicia, Asturias or Cantabria) you must try seafood, fish and wines and in the Basque Country the pintxos, delicious bite-sized snacks.

In the center of Spain meat, like the roasted suckling pig in Segovia.

Spain is well-known for its pleasant climate, but there are regional variations. In the north of Spain, the weather is colder and drizzly; the centre of the country can be cold in winter but warm in the summer. The best season to travel is spring and autumn. If you really want to experience unique weather go to the Canary Islands, where you can swim on the beach on the morning and walk on the snow in the afternoon.

10. Where can potential visitors to Spain find out more information about Spanish Confederation of Associations of Tourist Guides and also find a qualified tourist guide?

Visit our website www.cefapit.com and click on “Looking for a Tourist Guide” on the region you want to go. The link takes to the website of the region’s association and their email address.